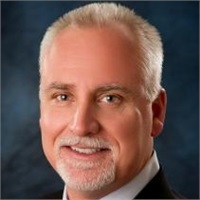 Jeff has been assisting professional athletes with their finances since 2003, when he retired from an 18-year professional baseball career that included 12 years in Major League Baseball from 1992-2003. During his time with the Minnesota Twins, he served his fellow teammates in the role of player representative for the Major League Baseball Players Association.  His longtime experience with the MLB retirement and group benefit plans gives him a unique perspective that makes him an invaluable resource for players and agents alike.

Since 2004, Jeff has worked as one of ten resource players for Major League Baseball's Rookie Career Development Program, where future major leaguers spend four days with former players learning about financial matters and other aspects of life in the big leagues. He also gives back to his community with his nonprofit REB Sports Academy, where he is heavily involved with coaching and mentoring kids to be successful not only in sport, but in life.